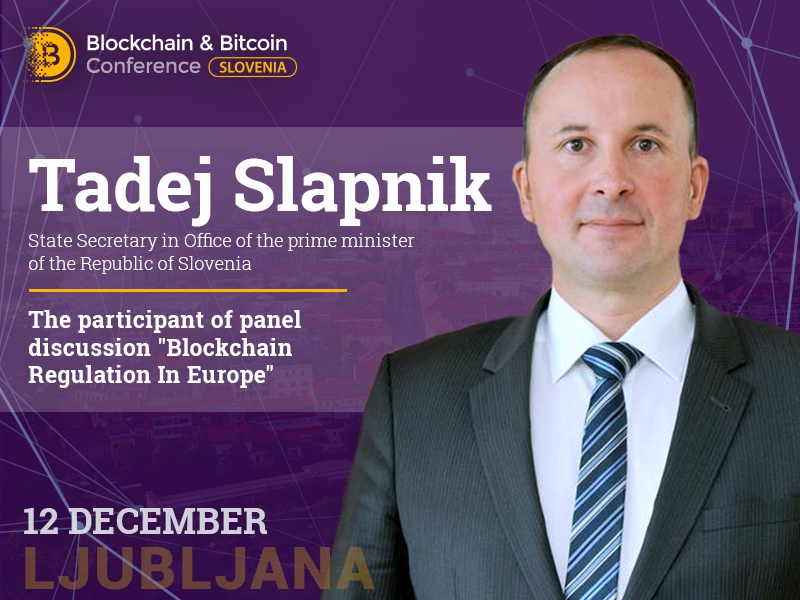 Legislative regulation of the blockchain technology and operation of projects based on it is a critical issue in the majority of developed countries. Tadej Slapnik, State Secretary in Office of the prime minister of the Republic of Slovenia, will explain how Europe solves this problem.

Tadej Slapnik is a Slovenian politician and former member of The National Assembly of Slovenia. He was the Head of the INEA in the southeast region of Europe and political adviser at the European Parliament. He represents the Republic of Slovenia at the European Commission Expert group on social entrepreneurship. Currently, he is responsible for social economy in the office of the prime minister of Slovenia.

At Blockchain & Bitcoin Conference Slovenia, Tadej Slapnik will be involved in the panel discussion: Blockchain Regulation In Europe.