How the microstate of Liberland is organized? Learn from its President Vit Jedlicka at Blockchain & Bitcoin Conference Slovenia 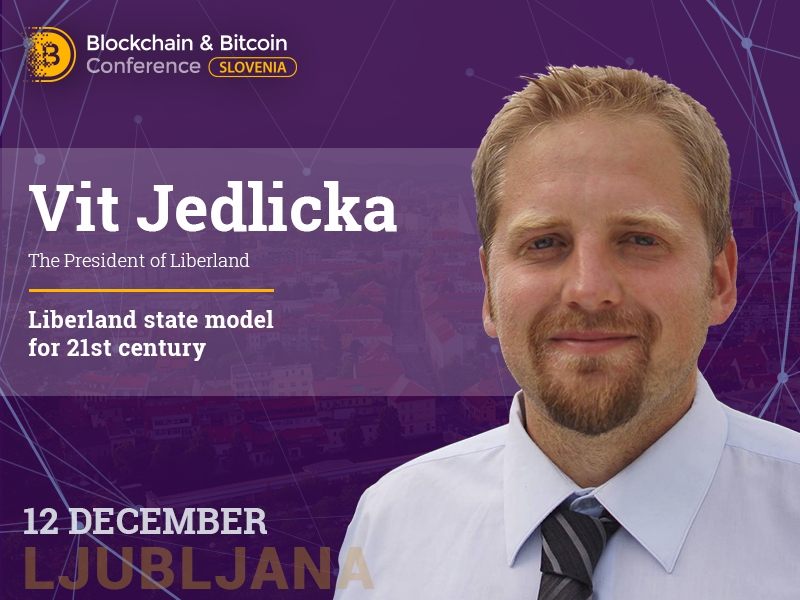 Many citizens of different countries don’t like legislation, high taxes and living standards of their country in general. Therefore, they are looking for options for moving somewhere else. It's hard to imagine a country where people can live without unnecessary government bans, corruption and taxes.

But still, such a place does exist. It is located in Europe, on a small stretch of the neutral territory of the common border between Croatia and Serbia along the Danube River. This microstate is the Free Republic of Liberland, founded on April 13, 2015 by Vit Jedlicka, who is its president now.

Vit Jedlicka will tell more about the ideas and values of Liberland, about its state regulation based on blockchain technology, as well as about the country's own cryptocurrency, which will be launched early next year.

As part of his report, the speaker is ready to discuss issues related to the development of the global blockchain industry and the future of the decentralized technology. In addition, Vit Jedlicka will cover legal and financial regulation of the ICO market, discuss government projects based on blockchain.

The president of the microstate Vit Jedlicka received his Bachelor’s degree from the University of Economics, Prague in 2009, and Master’s degree in political science from CEVRO Institute in 2014. He founded the Czech Libertarian Free Citizens Party. Being a convinced libertarian and Eurosceptic, Jedlicka started libertarian educational projects Reformy.cz and Zlatainiciativa.cz, video channels of which have in excess of 18 million views.